The projects of the Belgian-Luxembourg Chamber of Commerce in Russia

Your business success is our mission

The true beginning of the Belgian-Luxembourg Chamber of Commerce in Russia dates back to the 20th century, when Belgian and Luxembourg investment projects began to develop actively in Russia, and deep international business relations were formed between the business circles of Russia and Benelux.

The purpose of our non-profit structure was to create a members oriented platforms parallel to public and official institutions for contacts between heads of large industrial enterprises and subject ministries supervising these economy and enterprises, thereby contributing to the development of small and medium enterprises member.. With development of market and business in Russia the need arose in Russia to develop and expand Russian-European business relations.

In order to support our members, we have signed a special agreement with our partner in Belgium and Luxembourg, Luxembourg-Russian Business Chamber (LRBC), and Belgian-Luxembourg Chamber of Commerce for Belarus and Russia (BLRB).

Over last years, we organized a lot of events, round tables and workshops on relevant topical issues, meetings with leaders of a number of Russian regions at the request of chamber members; we participated actively in all major business events, exhibitions and forums. There were many business missions to over 40 Russian regions; and Russian delegations paid few visit to Luxembourg and Belgium.

In fact, all references in the Belgian-Luxembourg Chamber of Commerce in Russia can be divided into several groups.

The first and probably the most numerous one are questions coming from Belgium, Luxembourg, and the Netherlands, relating mainly to implementation of various procedures in Russia: from securing a work permit to finding a site for production, as well as legal questions of various level. The second group includes requests from Russia, associated with the search for partners in the Benelux countries, though requests from Russian companies are most often reduced to seeking funding. The third group – there are all remaining queries like finding right contacts, applications in the interest of members of the Chamber to various state bodies, organization of meetings with Russian officials and businessmen.

Russian and Eurasian market is of great interest to European businesses, and Belgian and Luxembourg companies are no exception. Located on the border between Europe and Asia, Russia, in its culture, values, mentality is more an European country, than Asian one. Even despite the difficult situation we are presently witnessing and experiencing, Benelux business is looking with confidence towards Russia. We are aware that many manufacturing companies are actively looking for sites and personnel for production localization in Russia.

In the last ten years Luxembourg has consistently been among the top three in terms of direct investment in the Russian economy. But now, given the sanctions imposed by the West and the crisis in the global economy, there is a certain veiling of investment activity.

We note that the interest in the Russian market possibilities remains quite high, we see it in the strong interest in our work on the part of Belgian, Luxembourg, and Dutch entrepreneurs.

The main task of the Chamber is development and expansion of business relations. Business is business, and interests and intentions are sustained in any political situation. Certainly, the current situation affects all, and we occasionally hear that Belgian, Luxembourg, Dutch companies are waiting for some kind of stabilization.

But it is important to realize that an unoccupied space in the market could easily be snapped and then there is the risk of missing an opportunity or having to operate in the circumstances of tougher competition. In so far as entrepreneurs are guided in the first place by the interests of their own business, we won’t be talking about sanctions having radically altered relations. In recent years, economic growth has formed the conviction that it is the economy that is primary, and yet, the geopolitical crisis has shown us that it is politics that is indeed primary.

There are sectors which development is the most promising and dynamic, such as pharmaceuticals, agricultural production, and machine tools. There are good prospects for cooperation in modernization and construction of chemical plants, production of chemical and pharmaceutical products. The space theme and space, aviation, manufacturing of automotive components, healthcare are also becoming priority areas of bilateral cooperation.

We are actively cooperating with Russian government agencies, regional governments in order to provide as simple and quick entry to the market as possible.

In Russia today there is a large number of various public and parastatal institutions designed to promote development of business initiatives, we cooperate with them to overcome bureaucratic barriers and ease the administrative burden on  business.

Judging by the number of incoming requests to us in 2022 we can see that interest in Russia is still high, and we are confident that well-sustained development lies ahead for Belgian-Russian and Luxembourg-Russian relations.

The Belgian-Luxembourg Chamber of Commerce in Moscow

To Act and Succeed together 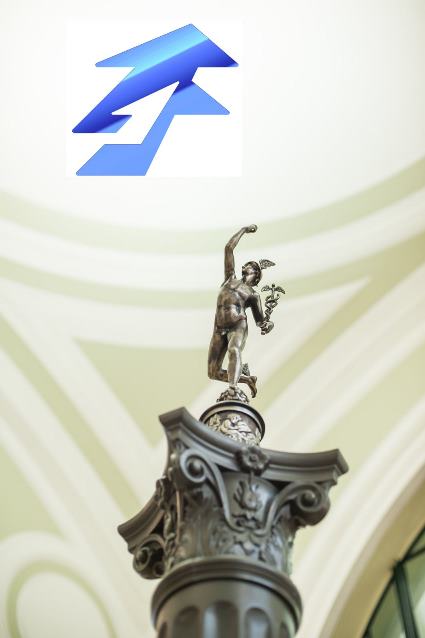 The Belgian-Luxembourg Chamber of Commerce in Russia